Last night we celebrated our annual guardian Christmas party, which also acted as a belated office warming party too. We thought we would theme the food around our geographical surrounding this year (Brick Lane) and so we had a fare of beigels and bhajis as well as various tubs of ice-cream thanks to Ben & Jerry. And of course no Christmas party would be complete without a big vat of mulled wine.

We also had our craft-corner at the party where people could make Christmas cards for poorly children which we will send to Post Pals to distribute. It is no surprise that some of the creations were just incredible including one card which included a knitted sheep and home made knitting needles! 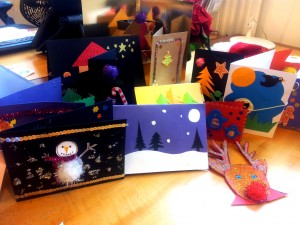 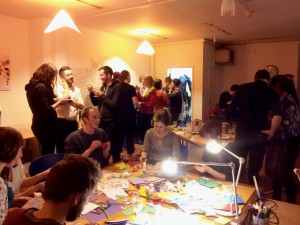 All in all it was a lovely evening and was great to see so many guardians and supporters there, including a large number of people who were previously guardians with us.

Till next year. Merry Christmas. 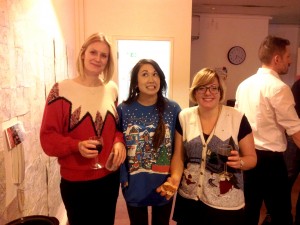