“There is a spirit that comes with this, which is very rare nowadays”: Building Community in High Wycombe, Part 1

We’ve had guardians living in Castlefield, High Wycombe since 2015. There are 11 of them living along a street called Longland Way. They’ve come to form an integral part of the local community, and have helped make their area a better place over the last year and a half. They are continually out and about litter-picking, helping local kids go about their day and being vigilant about anti-social behaviour in the vicinity. In this and a follow up blog post we’ll be exploring how they’ve come to build up this strong sense of community. In particular, we’ll be focusing on Tim and Jon – who are both pictured here. 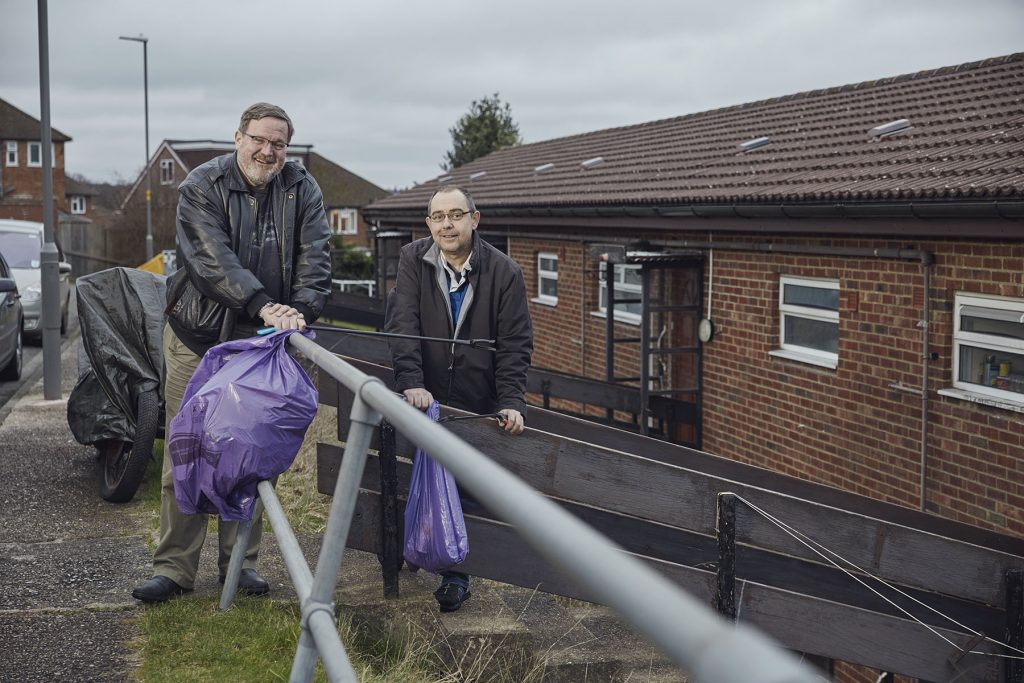 Guardians have all come on their own journeys to live in the area. Tim is a military man and is incredibly active across military charities and other community organisations. Here’s his take on how he became a Dot Dot Dot guardian, and how he sees the community spirit of guardianship:

“The bottom line was I needed somewhere I could afford to live and still maintain my military charity work because it is very important to me personally, because I have met some of the lads [former soldiers] who have got stuck and have fallen in with a bad lot and have a drink problem or drug problem.

“There is a spirit that comes with this, which is very rare nowadays. People don’t look after each other anymore. You hear horror stories of old people dying in their flats and no one finding them for weeks – that doesn’t happen round here. If I was feeling pretty crook – hadn’t been out of the house for a few days – Jon would have been knocking on the door to see what going what is going on or someone else would be knocking on the door saying ‘do you need anything, I am going down the shops if you do.’ Even our local copper would be around. We liaise a lot with the local police who have been very grateful for some of the things we have done. And the fact that we have been so proactive in the litter problems, the drug problems, the boy racer problems.” 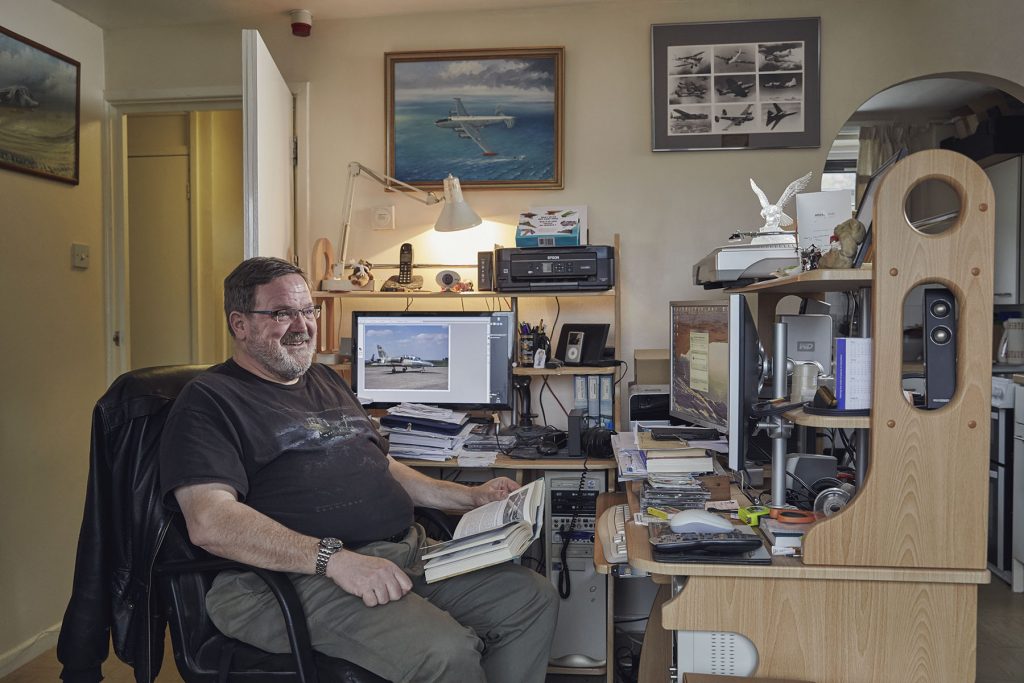 Tim sees his own reasons for why having guardians in these buildings has been great for building a sense of community in the area. His philosophy about being a great neighbour is particularly relevant:

“I think prior to Red Kite taking them over they were sheltered accommodation housing. So obviously people that were less mobile were not people that were out and about on the street saying hello. I do think that’s one of the reasons why, yes, certainly with the neighbours that drive up and down regularly we are obviously quite good neighbours in that at least we are friendly. Even if they don’t particularly want anything to do with me, they know I will wave when I go past and they wave back. There are a couple of old boys that like to walk along here in the evening and they don’t really want to chat with me but they will say hello every time I am out on the doorstep. It is about us being good neighbours even if that doesn’t mean that we are involved in their lives: we are not a problem, we are nice people, we say hello.”

It’s great to see how guardians like Tim arrived in Castlefield and how they’ve aimed to be good neighbours. In the next part of this post we’ll see how guardians have actively built up a community spirit through good deeds and keeping an eye out on the area.

If you’re interested in living in High Wycombe and being part of the Dot Dot Dot community, please apply now.