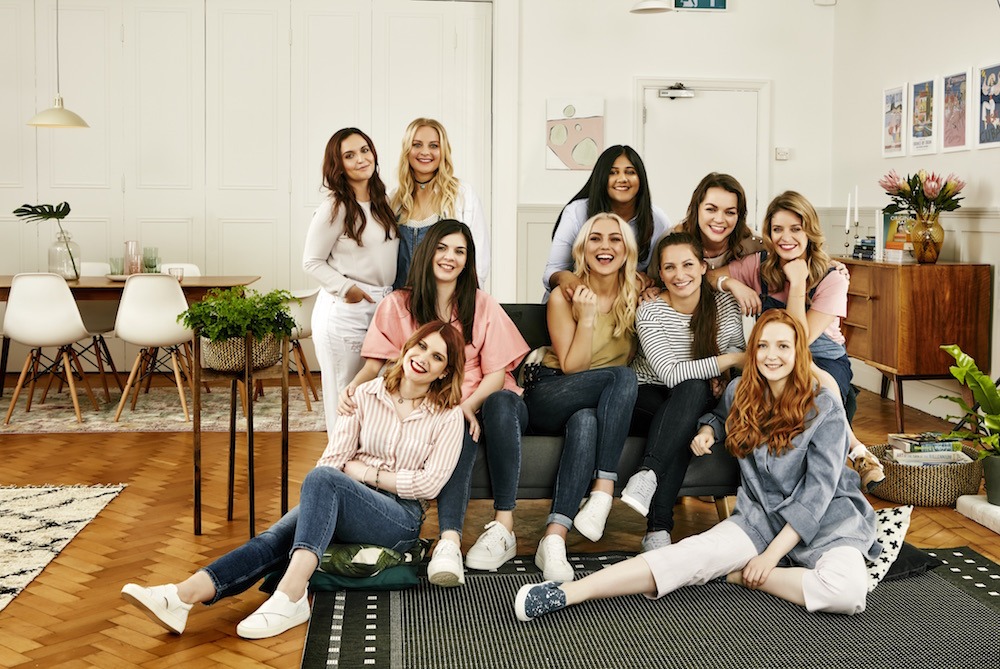 Cosmopolitan magazine has launched their Home, Made campaign with an exciting new initiative in collaboration with Dot Dot Dot. It offers young women the opportunity to live in London who would otherwise face being priced out due to high rental prices.

Cosmopolitan teamed up with Dot Dot Dot to locate properties across the capital, which would otherwise remain empty and disused. The buildings are brought into habitable use, and the women, enlisted from Cosmopolitan’s readership, and who all need to work in London but are struggling or unable to afford it, pay half the typical London rental cost to live in them.

Dot Dot Dot secured two buildings, one in Clapham and another in Stoke Newington, which were redecorated with the support of eBay. Cosmopolitan found 12 housemates all starting out in their careers who, in return for cheaper, affordable accommodation, will provide 16 hours of volunteering a month in the local area for female-focused causes.

Farrah Storr, Editor of Cosmopolitan, says: “In the last decade London has become increasingly hard for young people from across the UK to pursue a career in which a move to the capital is necessary. With average monthly rental prices now around £1,450, we at Cosmopolitan wanted to offer young women the opportunity to live at a cost they could truly afford. With the help of Dot Dot Dot, we are extremely proud to have been able to support and provide homes for 12 women who are all embarking on the first stage of their careers.”

Katharine Hibbert, Founder and Director of Dot Dot Dot, says: “As a social enterprise, we are in business to use buildings that would otherwise be empty to house people who want to use their time to help others. We’re delighted to be able to do this for some of Cosmopolitan’s readers, and we’re excited to see how inexpensive housing makes a difference to their lives, and what volunteering they get involved with.

“We also want to make a wider difference to Britain’s housing crisis, and so we are glad to back Cosmopolitan’s wider efforts with their Home, Made campaign to get the issue higher up the agenda for policy-makers, voters and big businesses, and to raise awareness of the need for change.”

Amy Grier, Features Director of Cosmopolitan, has written a feature for the June edition of Cosmopolitan. Unusually, because of the importance of the Home, Made campaign, the article has been published in full online.

Read more about the young women who have been housed and see how quickly they have improved the space they live in – with some help from Cosmopolitan and eBay.

Over the coming weeks and months, we will follow the stories of the young women housed as part of this project. We hope their experience provides an exciting window into the world of property guardianship done well.