Dotting the i’s and crossing the t’s

Oliver tells us about his volunteer role with Project Gutenberg…

“Consider my mindset: I want to help people but I’m not the bubbly, entrepreneurial type. You probably won’t see me collecting abandoned peanut shells to craft recyclable water collectors any time soon. I admire people who do that, but I have to admit it’s not my forte. I’m more the quiet, bookish type – very thoughtful, but perhaps also very out of touch.

Which is why my current volunteering role really strikes a chord with me – proofreading public domain works for their conversion into e-books and publication as part of the Project Gutenberg archive. (via Distributed Proofreaders)

Project Gutenberg (PG) is a volunteer effort to digitize and archive cultural works, encouraging the creation and distribution of eBooks. Founded in 1971 by Michael S. Hart, it is the oldest digital library. 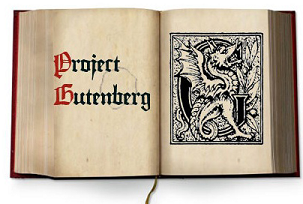 His aim was to provide as many e-books in as many formats and languages as possible for the entire world to read.  And for the project to continue spreading public literacy and appreciation for literary heritage just as public libraries began to do in the late 19th century.

As of February 2015, Project Gutenberg has over 48,500 items in its collection, and another  100, 000 available via partners, affiliates and resources. The project tries to make these as free as possible, in long-lasting, open formats that can be used on almost any computer.

I’ve always read a lot – in fact, at school, I had to be forcibly restrained from reading through class, through my own birthday party and, often, through the night. For better or worse, it was literature that made me what I am, and which remains for me a private universe totally free of the vanity, inequality, prejudice, injustice, catastrophe and conflict that beset the outside world – problems which, perhaps, voluntary work exists to balance out.

I’m very aware that correcting the odd misspelled word doesn’t help people in the way as, say, bundling age packages or serving soup. But it plays to my strengths – and more importantly, it’s something I believe in. There are many worthy causes, but I think the best volunteer work occurs when you find one that resonates with you – and few things have helped me more than access to a variety of literature. Because, no matter who you are, I think that somewhere out there are words that could change your life.” 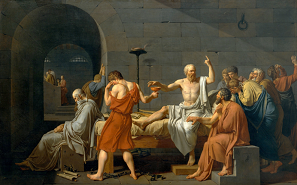 The Death of Socrates

“In the past couple of months I’ve seen Melville theorise the human condition through his pre-Moby Dick journals. I’ve tracked the disillusionment and eventual destitution of an 18th century infantryman through his diary. I’ve dotted the i’s and crossed the t’s at the death of Socrates  – and each time I’ve known that someone is going to share these experiences thanks, in part, to my work on the project. And for me, that makes it worthwhile.”