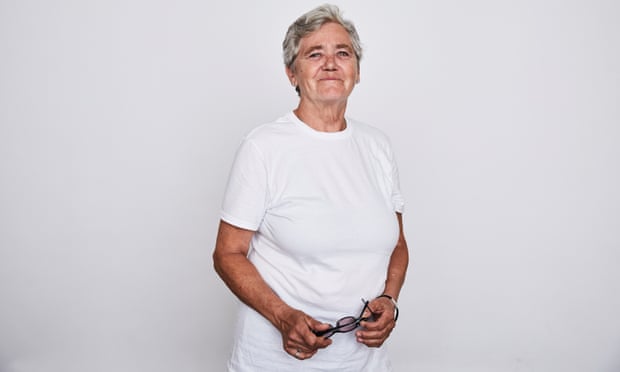 Dawn Gladwin got a job in the Ikea sales team before moving over to carpentry. Photograph: Dawn Gladwin

This article was originally posted on The Guardian.

Last year, I became Ikea’s first female carpenter in the UK and Ireland. I’ve long been involved in building work, carpentry, decorating and tiling and other practical jobs. I like how Ikea designs the rooms in stores. However, the kind of roles I wanted never came up, so I found a job in its sales team and within six months, after I passed my probation, I ended up working extra hours in the interior design department. Months later, I was seconded to work as a carpenter in its Croydon store and then I was headhunted for Ikea’s new store in Greenwich. My job involves building podiums and walls in the store – anything to do with carpentry, really. It’s great, I love it. I really like making stuff and really love wood.

I’m keen on upcycling and recycling, so I’ll often pick up the odd thing left on the street. At the moment, I’m making a load of garden furniture out of crates. I also have a stack of wood ready to make into a boardwalk and seats.

I’m currently a property guardian, which I never planned on doing, but after 26 years with my partner, we split up and I needed to find somewhere to live.

My niece told me about a friend who was a property guardian – someone who looks after an empty property in return for cheaper rent – and so I researched different organisations and used Dot Dot Dot, which offers affordable properties and in return asks guardians to commit to 16 hours of volunteering a month. I ended up with a little four-bedroom townhouse in Abbey Wood in London. It’s a lovely place with a garden, a balcony off the kitchen, a workshop and a music room. It costs £560 a month to live here. Bills are extra and come to about £200 a month. I really like the community aspect of being a property guardian. So far, I’ve run a mosaic course in a residential home and helped out with some gardening locally.

Although it’s expected to be knocked down in the next couple of years, when I’m not working or volunteering, I spend my time doing the house up. I’ve made it my home. I’m a Pisces and there’s a sea theme running throughout. My brother got hold of a windsurf board and I’ve mounted it on the wall. That’s where my money basically goes – buying materials to do my home up. I spend about £200 a month on materials and furniture for the house.

I’ll be given 28 days’ notice when I need to leave, and then the company tries to rehouse you. I think the original timeline for my departure was around now, but it’s been put back and will probably be another year or two. I’m waiting for the property I had with my ex-partner to sell, then I’ll move to the seaside.

I also spend money on my VW camper van. I’ve been driving camper vans since my early twenties. This is my third one. I have loads of plywood so I’m going to build some cupboards and reupholster the seats and make some curtains. When I was in my late twenties, I spent two years living out of a van in Spain. I’d had enough of London and so took off and went travelling through France, Portugal and Spain and ended up parking up on a beach on the Costa de Sol.

I backpacked around the world when I was younger and I still like to travel and experience new things. I put aside about £50 a month for holidays. What I really like about being this age is how much cheaper it is to travel. You can travel around for pounds rather than £50.

One of my biggest outgoings is the mortgage on the place I bought with my ex. That sets me back £500 a month. I don’t spend much on myself but I do treat myself at least once a month to a live gig. I go to a really cool place in Streatham called Hideaway; it’s a great little venue and I love jazz and soul. It’s only £10 a ticket and I’ll just enjoy a couple of beers when I’m there.

I have a pension with Ikea and one from when I taught at a college for 15 years, so I feel secure about the future. But even if I retire from my full-time job, I’ll still use my time creatively. I’ll still make my art and hopefully that will bring in extra money.

This article was originally posted on The Guardian.

To find out more about how volunteering and guardianship go together, check out our community website page or read some more of our property guardians volunteering stories here.