This is the first in a series of blog posts about DIY by our guardian DIY expert, Nigel. Nigel has been a guardian in the Abbey Wood/Thamesmead area since January, and also happens to be a DIY superstar!

He transformed his flat from blank canvas into a gorgeous DIY temple. This inspired us to turn to him for this blog series: Nigel’s DIY Adventures in Thamesmead. Follow this series for top-notch tips to spruce up kitchens, living rooms, hallways, bathrooms and more at low cost.

Nigel tackled his kitchen first, so that’s where we’ll begin. Over to you Nigel!

After receiving the keys to Hibernia Point on Tuesday 17th January, I didn’t actually step foot in the flat until 8am on the Thursday. This was after my night shift, when I dropped off a mattress I had acquired. Only then did I realise how spacious the flat was and how much work was required to make it homely, clean and fresh. I thought to myself “what have I done”!

After walking around weighing up, sizing up and taking pics of the rooms, I returned to where I was staying to make arrangements for utilities and bills. Then on Friday 20th January I returned to the flat armed with paint, rollers, brushes, a bag of tools and most importantly of all – a stereo for company.

The first area I wanted to tackle was the kitchen windows (below); they really didn’t look the best. They were rough and didn’t do the view from the window any justice. Especially the morning sunrise and evening sunsets on a clear day: they’re amazing.

I scraped off the worse of the flaking old, yellowy black paint. With legs of jelly I climbed onto the kitchen work top and made a start by cutting in using a smaller brush and a 2.5ltr tin of Dulux Once Pure Brilliant White Gloss. 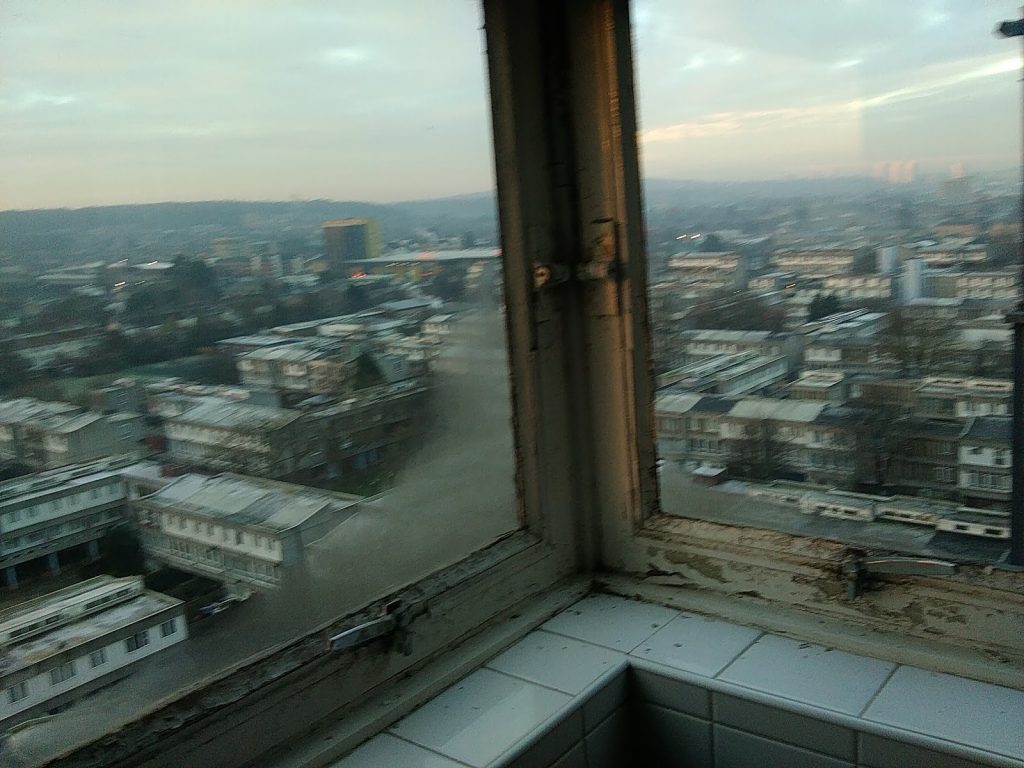 After a couple of hours and forgetting the fact I was 12 stories high on the window ledge I had completed the window frame and the above panels that have been previously painted out, as you can see from the picture below. 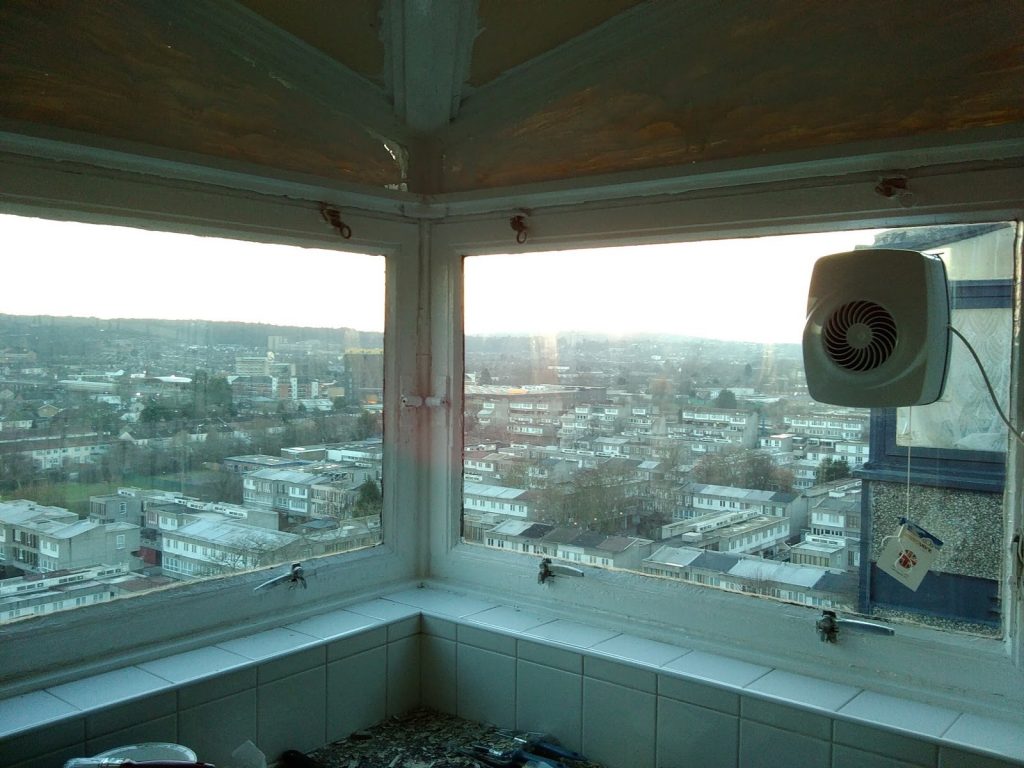 Floors and Walls, Walls and Floors

For the larger areas, using a small roller and tray gives an even cover and speeds up the process. For the walls I used Lidl’s kitchen and Bathroom mould resistant paint that was on offer: 2 x 2.5ltr tubs for £10. This paint I found to be thin and took 3 coats in total to cover and the finish was not as good as I would have liked. But it gave a fresh clean crisp white finish instead of the grey and blue colour scheme, which was welcome. You can see the contrast below – excuse the blurry photos! 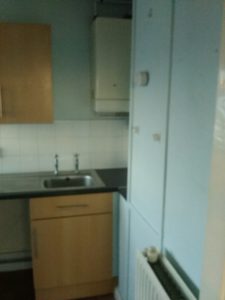 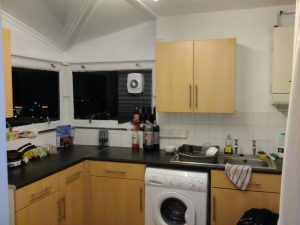 The lino floor was in reasonable condition so I left it in place and just gave it a good scrub. However, this needed to be done anyway due to the amount of paint drips from the watery paint used.

In total I spent 14 hours over 2 days redoing my kitchen. This included the glossing of the doors, frames, windows and skirting boards, 3 coats of paint on walls and ceiling.

Next Time – A Living Room

Hopefully this first post has given you a few ideas for Kitchen DIY! Next time Nigel will be running us through how to redo a living room.

If this post has inspired you to want to live near Nigel in Thamesmead/Abbey Wood, check out our availability and apply now!