Progress on the edible estate 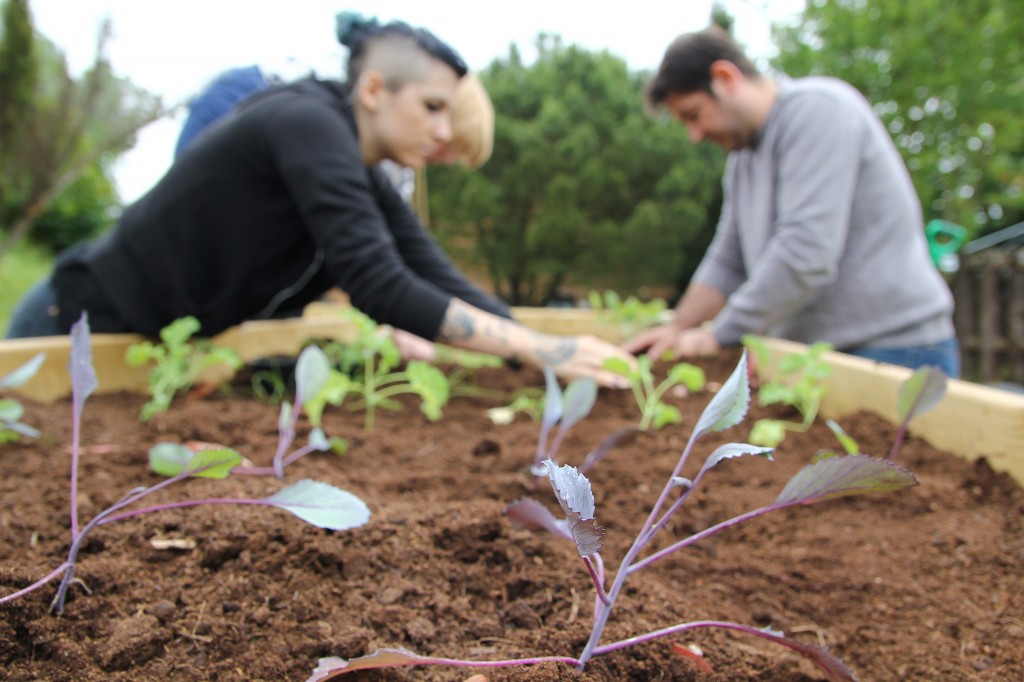 This week we returned to the raised beds to find out that the crops had already started being eaten – but by some sort of bug, not the local residents! The carrots and beetroots were especially popular with the uninvited dinner guests, with them virtually wiped out but surprisingly the lettuce was untouched so clearly we have some fussy eaters on our hands. We have been thinking about perhaps covering the beds with clear plastic sheets from now on to allow the little sprouts to survive those first crucial days growing, and we will come back to this next week and see how this new batch has done. 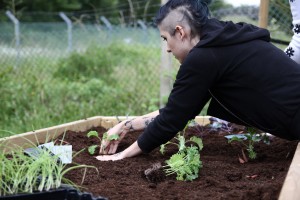 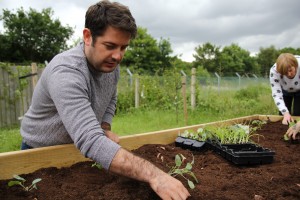 Following from the bug’s feast we replanted some carrots and beets and also went about filling the third bed with some new crops; spring onions and various beans. This week we also placed some grow bags around the estate in areas that will get enough light but also out of the peoples way enough to avoid any casualties, to man or plant. In these we planted tomatoes, peppers and more courgettes. Soon there will be a whole feast of veggies on the estate. 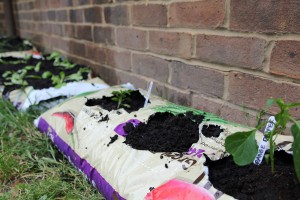 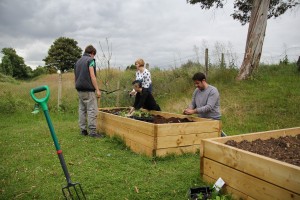 We had a great turnout from guardians with 5 of them turning up to get stuck in which was great, and the weather held out too which was a bonus. In total there were 8 of us which meant we could really get a lot done. We even set up a production line with digging the trenches along the fence where each person was involved in the process; digging, turning, clearing, planting, watering. It was team work at its very best! We also found some interesting objects along the way including lots of metal rods and a lovely teapot spout. Unfortunately however there were no residents joining in this week, we did hear a lot of cheering around the estate for the football though so perhaps that played a part in people staying indoors. 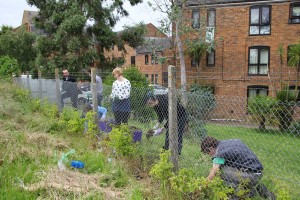 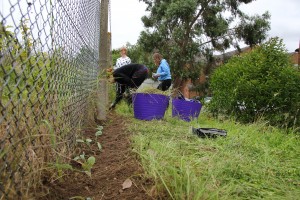 The watering rota was set out again so we are looking forward to see what the beds hold in store for us next week.