Another week gone and even more signs of progress on the #EdibleEstate. This week we mainly tended to the current crops we have sprouting, all of which were doing surprisingly well in comparison to the aftermath of the bugs feast last week. The runner beans are doing well, they still haven’t latched onto their bamboo frame yet but are not far off and the beetroot’s are still staying strong. The baby gem lettuce is also looking really good, hopefully it wont be long before we can start preparing some great salads with it! 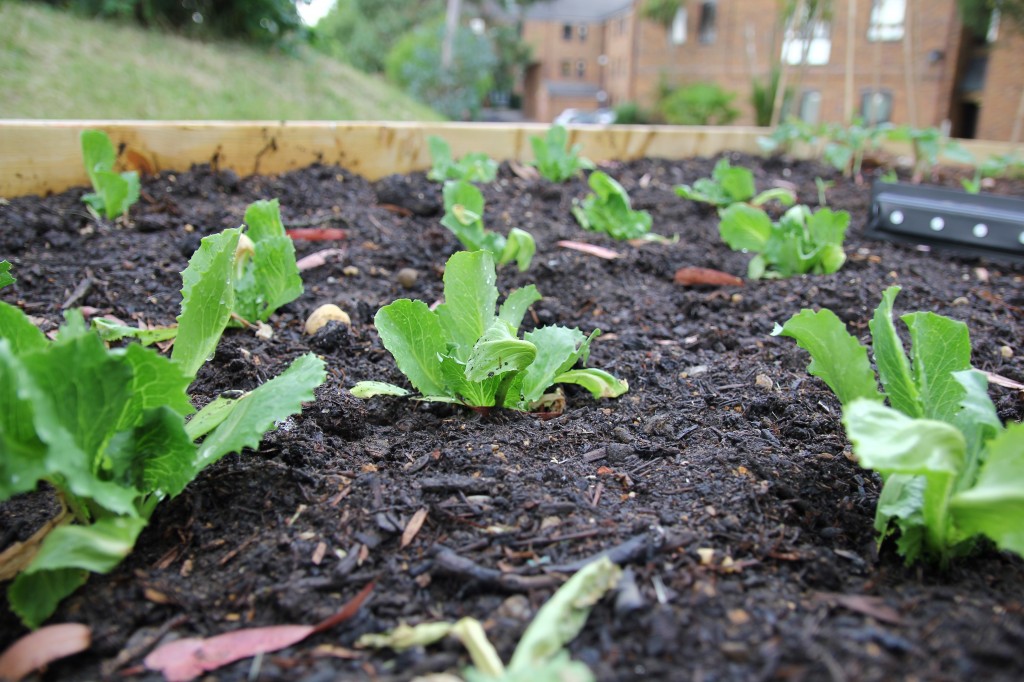 We also checked up on the grow bags we dotted around the estate and they were obviously placed well as they had not been knocked in anyway and were growing nicely. The tomatoes were creeping up and the peppers were looking like they were doing well too. After a good water everything was looking healthy. The heat from the past week hasn’t had too much of an effect on the little saplings and obviously the water rota has been working as intended. We also had the ironic shower of rain as soon as we had finished watering the beds! 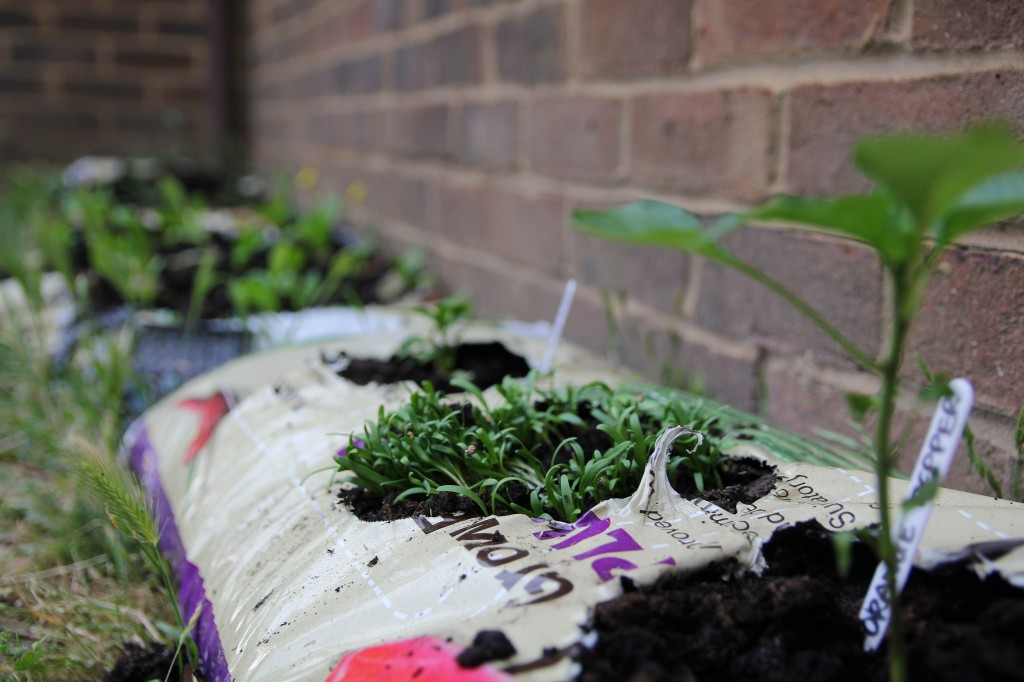 In addition this week we also planted some new sweet corn, both the regular corn-on-the-cob variety and baby sweetcorn – the baby sweetcorn actually being much bigger as we put it in. We planted these along the fence which we dug over last week, and we got to use a new tool which created the perfect hole for little saplings. We look forward to see how these are getting on next week. 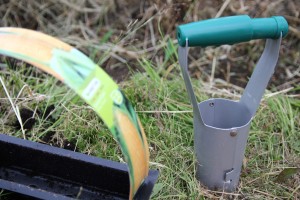 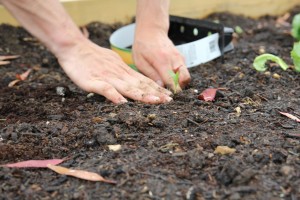