24 May 2018 | News and features, Spotlight on, Volunteering blogs | Back to Blog

Spotlight on: Alison – Remembering Not to Forget

Hear from Alison, one of our guardians living in East London. Alison talks about the volunteering aspect of guardianship with Dot Dot Dot and the charity she has set up.

I moved into a Dot Dot Dot property in Bow at the end of January, so I’m still relatively new to property guardianship. When I started investigating guardianship options, Dot Dot Dot stood out because of the emphasis on volunteering and contributing to the local community. This has always been important to me – I retrained as a primary school teacher 4 years ago, and before that I worked in the charity sector for 11 years.

Deciding how to fulfil Dot Dot Dot’s 16 hours a month volunteering requirement was easy. At the end of 2013 I set up a charity with a friend, Remembering Not to Forget, supporting people impacted by dementia. My mum was diagnosed with Alzheimer’s disease in 2006 when she was just 61. She had spent her whole life helping people – working as a nurse and being involved with various local community causes, as well as raising thousands of pounds for Cancer Research. Setting up the charity was a way to continue her legacy. As her disease progressed the charity was also a way to feel less powerless in the face of this cruellest of conditions. My mum passed away in September 2017 and the charity feels now more than ever like a way to remember her as the force she once was.

Through Remembering Not to Forget we want to raise both awareness and money for dementia. According to the Alzheimer’s Society, there are over 850,000 people in the UK currently living with dementia, including over 40,000 people under 65. In 2016 dementia overtook heart disease as the leading cause of death in the UK. Yet Dementia research is desperately underfunded. For every person living with dementia, the annual cost to the UK economy is over £30,000 but only £90 is spent on dementia research each year.

Above: A stark illustration of the physical impact of dementia on the brain. On the left, a sample of healthy brain tissue and on the right a sample ravaged by Alzheimer’s disease.

We also want to increase people’s understanding of dementia and how it affects the person living with dementia and those around them – e.g. sharing the five key messages of the Dementia Friends initiative, and our own experiences of dementia through blogs.

So far we’ve raised over £60,000 through a mixture of events and sponsored physical challenges – last year myself and two of the trustees cycled 1,000 miles from Lands End to John O’Groats. We distribute the funds to different projects supporting people impacted by dementia. You can read details of our grants here. This year one of our main fundraisers is a raffle, with loads of great prizes on offer. 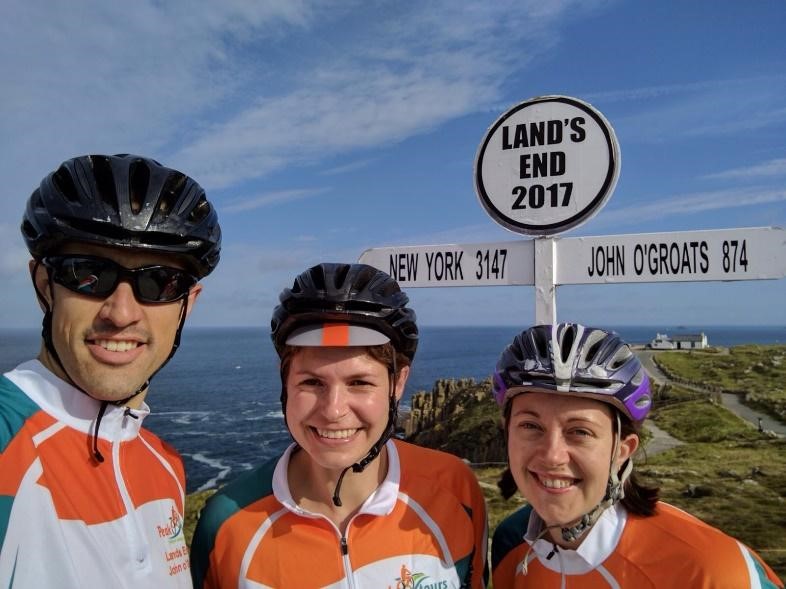 Above: Remembering Not to Forget Trustees setting out on the Lands end to Jon O’Groats cycle ride.

We’re a tiny charity. All of the trustees work full time and squeeze our work for the charity into evenings and weekends. There’s a never-ending list of jobs to do, and it can be hard to fit everything in around the long hours of teaching. The 16 hours volunteering requirement lends an extra layer of validity to it (although it’s generally a lot more than 16 hours each month!).

If you’d like to find out more, or get involved, please get in touch at ali@rememberingnottoforget.org.uk