We’ve been housing wonderful guardians in a former commercial property in Burngreave, Sheffield since September last year. One of them, Joe, was already volunteering nearby. He volunteers for an organisation called Greentop Circus. Greentop teach circus skills to anyone who wants to learn and aims to strengthen communities and circus artists in the area.

In the last few months Joe and Greentop were preparing for a youth show. Read on for more! 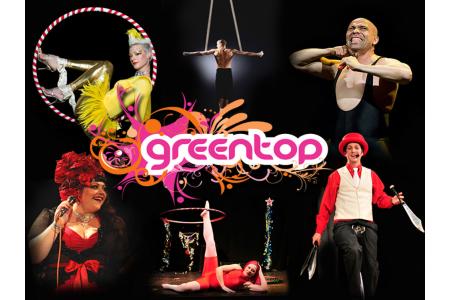 “With the youth circus we are preparing for a show. That is 4 separate classes of kids, 10-15 children per class, of a range of ages and abilities, with whom we have to guide in actions, music, costume and synchronisation.

Anyway this month we have been leading the children in the workout “uptown abs”. We have lead each of the 4 classes each Saturday 4 x 4 = 16 times. Plus I’ve led it on our Thursday adult skill share evenings too. So, 16 + 4 = 20 “uptown abs” workouts this month. I wish I had the flat stomach to show for it 🙁

I guess at the moment my biggest memory is last Saturday. I entertained one child on my lunch break when her parent forgot to pick her up. We did some acro-balance, which is easy when your flyer is a light acrobatic child.

I stayed in a later class when I could have gotten off early because one child, who was doing two classes back to back (she was gonna miss the next week or something, so was making up the time/practice) needed the extra attention. I taught her 2-3 new moves (she is very new) which she learned really quickly with the 1 to 1 attention. Then practised some doubles trapeze because the other teachers were organising the show.” 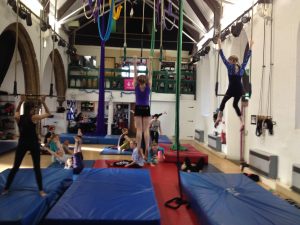 “I managed to get my manager Trudi to face paint many of the children for the show completing / improving their costumes no end (Trudi is a very talented face paint artist, even better than me!)

For the show we had to re-arrange the centre from a practice space into a performance space, with appropriate seating, and lighting.

The kids arrived an hour early, so they had a little time to get into costume, get their faces painted, warm up and practice.

7 minutes before the show I was volun-told I was going to be the compere for the show. (I took the bullet voluntarily because Trudi, Jade and Jess didn’t want to do it, but I did only have 7 minutes warning). I am told I was magnificent, but they would say that wouldn’t they.

The Sunday after the show, we had a more fun based session, using different equipment (such as hoop and rope) that we had not been using, because we had been wanting to focus and hone one set of skills for the show.

A number of the children (and instructors) were in London at the National Centre for Circus Arts, partaking in a national gathering 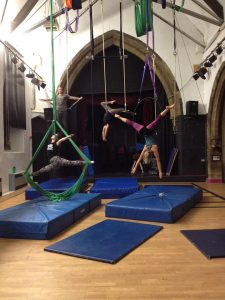 This session was good, even if not as much circus progression was made as usually would have been, and the children really enjoyed it. Though, giving children piggy back rides isn’t really circus, and doing 2 at once is really bad for your back, and annoys the more serious tutors!”