Whilst only a recent guardian with Dot Dot Dot, Josh has already launched himself into his volunteering. This is what he has to say about his time with us so far: 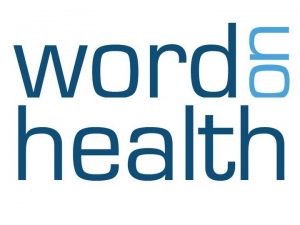 ‘Living in London is insanely difficult; I’ve had to move out of the city once already because my shoebox flat-share was far too expensive. I was sleeping on my sister’s couch in Essex for a month while I furiously tried and tried to get back into the city. I hated it. No job was able to give me the hours or pay to afford a flat-share in London, I wanted to work, but nobody would give me the time. Thankfully during my time living the city, I was recommended to Dot Dot Dot by the Artistic Director of the Nursery Theatre.

I’d been volunteering for The Nursery since September of last year after seeing some of their shows at Edinburgh, and as an experiment I started doing admin for them. As we worked together they began to see the benefits of having volunteers and, I’m glad to say, now have more members of their creative team, allowing the theatre to grow dramatically. 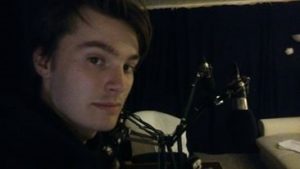 I’ve also taken up the role of Assistant Producer for Word On Health, a weekly health report broadcast on 83 community radio stations across the country. It’s a pretty demanding role, but honestly it doesn’t feel like a drain in any way.  I think that’s the thing about volunteering, if you love the project and the people, you can spend all day with them and not call it work.

My days usually start around 4 am and all together it can seem like a bit much; I’m working for at least 14 hours with maybe one day off a week, if it’s a show night then I’m working 20. In March alone I’ve volunteered somewhere between 80 and 100 hours and I’m thinking more and more that it’s because I love the work I’ve been given the opportunity to do. I thought when I moved to London I’d have to get a 9-5 terrible job that pays the bills and suffer through it, but thanks to Dot Dot Dot, I can make a real difference with my time.”

We are really impressed with the dedication Josh has shown to his volunteering and to having a positive social impact. Thanks for all your hard work!