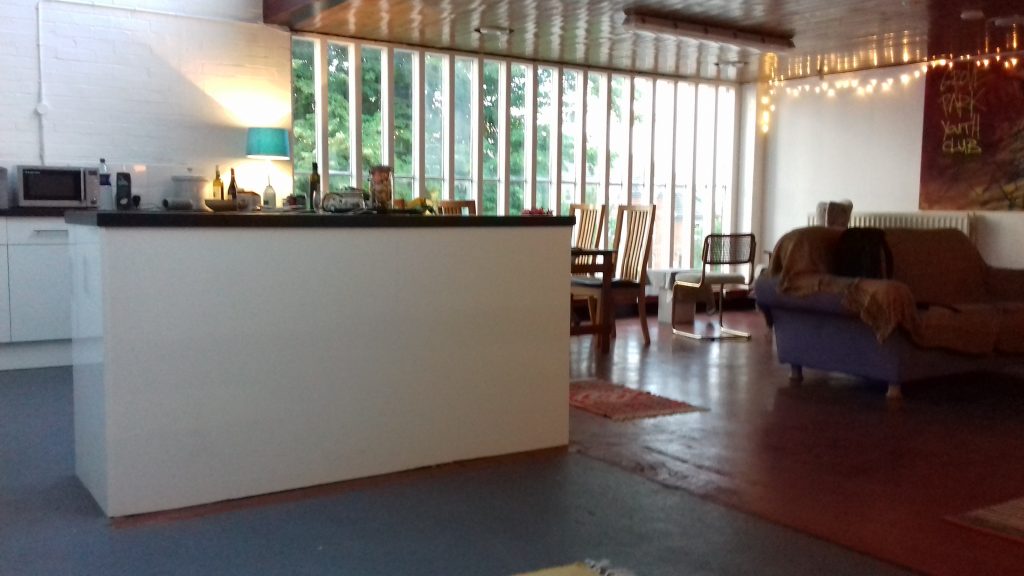 "Living in the Youth Club has changed my perspective of what a home should be like." Killian, Dot Dot Dot guardian

17 September 2019 | Community, Spotlight on, Volunteering blogs | Back to Blog

Killian has been a Dot Dot Dot guardian since August 2018 at Grove Park Youth Club in Lewisham. His volunteering journey began with a community group, established to save the Youth Club after funding cuts forced its closure in 2013. With help from The Willmott Dixon Foundation, the building was given an all-round electrical and decorative refurb, however, whilst the building was ready to reopen in 2018, it was unable to do so due to lack of funding and personnel.

It was at this point that Killian reached out to us at Dot Dot Dot; our shared values of contributing to the community and ability to offer a meanwhile use for the building as low-cost housing to volunteers, meant that the former club could still serve as a community asset. Now home to Killian and two others in conjunction with a project led by the Building Preservation Trust (BPT), Dot Dot Dot guardians are contributing towards the trust’s goal of bringing the last purpose-built youth club of its kind back to life.

We caught up with Killian to hear his thoughts on how guardianship has been invaluable to the Youth Club, and in many ways, challenged members of the community and himself to think differently about what it means to call a place home.

For me, the benefit of being a property guardian is that I live somewhere that doesn’t contribute to London’s housing crisis. We make good use of buildings that would otherwise stand empty or be developed, and I am able to live with others and together we are working in and contributing to the local community.

People are intrigued by property guardianship. There is a bus stop opposite the Youth Club, and when I’m leaving or coming back, people are often questioning what I am doing with a building that looks like it’s not in use. Generally, their feedback is positive: it is powerful that volunteers are there for the building and the community. There isn’t any sense that they are ‘coming in and inhabiting a space that isn’t theirs’ in a building that was once public.

Killian and his fellow guardians, along with the BPT are currently waiting to find out if they will receive money from the Big Lottery Fund in order to be able to open the Youth Club later this year.

Find out more about how volunteering and guardianship go together here or read some more of our guardians volunteering stories here.