12 April 2018 | News and Features, Spotlight on, Volunteering blogs | Back to Blog

Spotlight on: Nargiz – raising awareness of trafficking, slavery and poverty

Nargiz, originally from Azerbaijan, lives in one of our Eltham properties, she has been living with Dot Dot Dot as a property guardian since September 2017. She was interested by the lower monthly costs of being a guardian, but was already an active volunteer so thought the opportunity to become a guardian with Dot Dot Dot was perfect, as she was struggling to find affordable accommodation in London. As a police officer, Nargiz said she felt comfortable with the safety aspect of being a property guardian and really liked the ethical aspect of Dot Dot Dot so saw this as a great chance to get involved in something different.

Last year, Nargiz won the title of Miss Westminster Galaxy 2016/17. She used her title to help raise awareness of the global issues around human trafficking and poverty. She works with a variety of organisations getting involved in different aspects of their work; A21, Stop the Traffik and Samaritan’s Purse. As a police officer in North Westminster she deals with a lot of trafficking and slavery issues in her day job and therefore they are issues she has become very passionate about.

One project that is very close to Nargiz’ heart is Samaritan’s Purse Operation Christmas Child campaign. 14 years ago when she lived in Azerbaijan she received a Christmas shoebox through her local church. She loved what was inside and never thought she would be in the position where she would be able to take part in the campaign, but as soon as she was able to she started sending them and has also helped with collecting and packing shoeboxes as well as promoting the campaign. She likes to add a personal touch to her shoeboxes and understands from personal experience what the children would like to receive. It should not be purely emergency items but a present too, so she puts a lot of thought into her items and thinks about what they may want rather than just need. 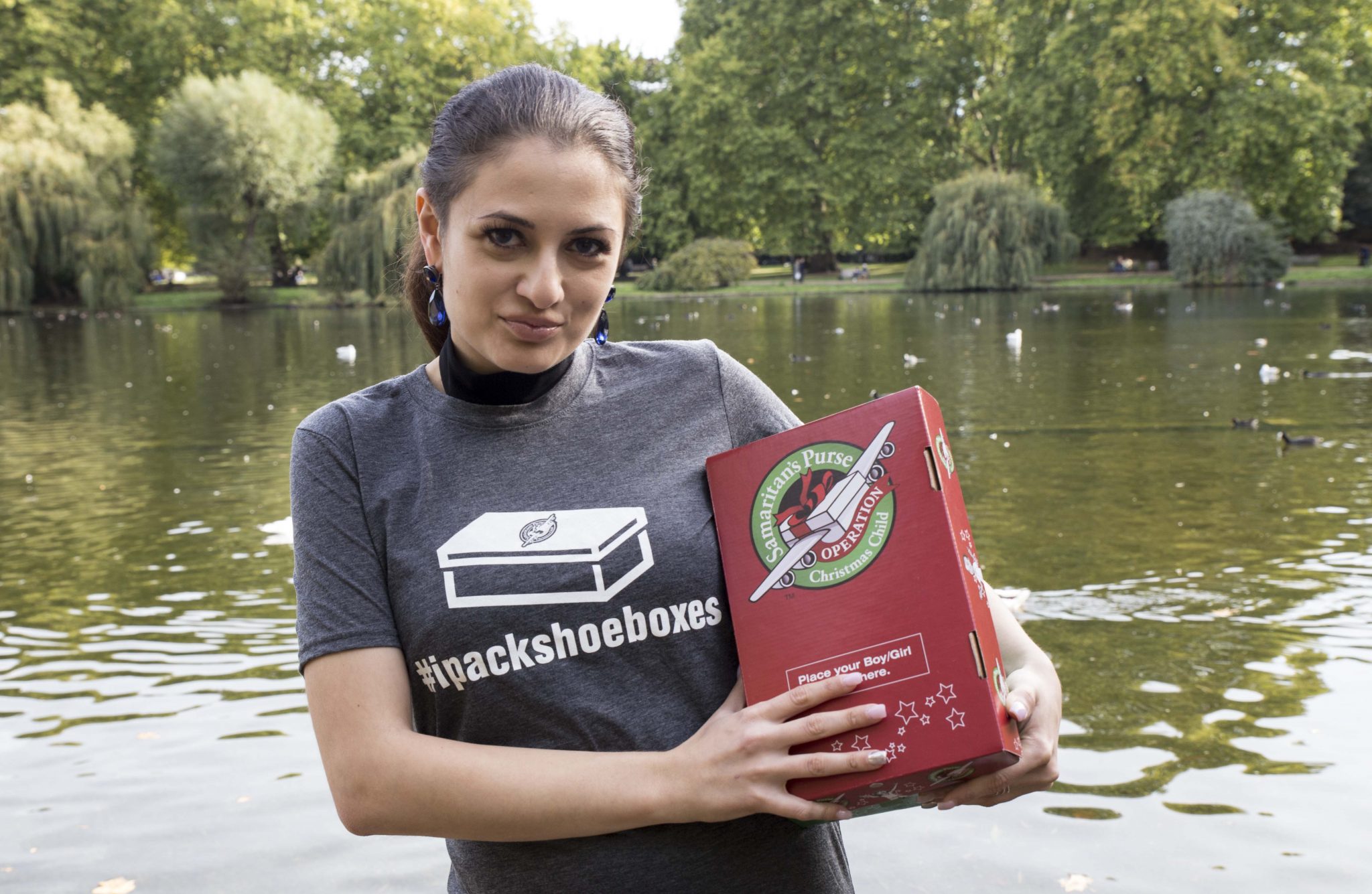 With A21 Nargiz took part in the Walk for Freedom, which is a global event where participants walk in single-file dressed in black with black tape across their mouths, demonstrating that slaves have no voice, she has also written letters to survivors and generally raises awareness as it is a growing market but people still aren’t very aware of the issues. Nargiz tries to share her volunteering stories with other guardians and encourages them to get involved by inviting them along to events.

Last month it was the Central Asian Spring Festival celebration- so Nargiz was doing some volunteering at the festivities taking place at UCL. The programme included a variety of performances, various cultural activities and a cultural exhibition. This just shows some of the great causes our Dot Dot Dot guardians are involved with!