Since joining Dot Dot Dot in January, Sam has already volunteered over 48 hours for local projects around Thamesmead…

“Property guardian? Stupidest thing I’ve ever heard.” This comment from a neighbour at my first 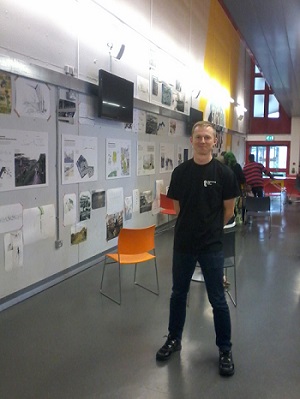 residents’ meeting brought me right down to earth. Perhaps more humbling was the man under the impression I was a homeless person being forced to volunteer for 16 hours a month in exchange for a roof over my head. This was not the red carpet welcome of which I had entertained occasional fantasies.

But despite the occasional scepticism of others I remain convinced that property guardians can be a hugely positive force. Being labelled a ‘guardian’ means people come to you for help, and in turn you are more likely to offer it. After said meeting I helped a neighbour pull down an intimidating old black tent from a fence that near her flat in an isolated part of the block. In turn she pointed out a discarded clothes drying rack that I am still using. Quid pro quo.

It sometimes feels tough being in exile from your comfort zone.  One day after coming back from work I got a knock on the door from a neighbour who had latched on to the ‘guardian’ aspect and asked me to have a word with some boys playing outside ­- kicking the ball up in the air over and over again near a row of parked cars. Though tempted to weasel out of it my conscience kicked in and I assured her I would indeed have a word.

Marching outdoors I realised this was a terrible error. Teenage boys tend not to cower in my wake. Who was I kidding? But turning the corner, to my relief the boys were walking off of their own volition. I did consider going back to my neighbour and taking credit for it until, yet again, my conscience intervened.

Sam often does some litter picking around the lake in Thamesmead.

Volunteering is central to Dot Dot Dot’s property guardianship. Some of my favourite moments in Thamesmead have been with the Early Words Together project run by the National Literacy Trust. This is a national scheme pairing volunteers with families with pre-school children to help them develop literacy early on. For an hour a week, you meet with a family and do craft, stories, songs or whatever will enable them to bring words into a child’s early development.

I admit that fifteen minutes of trying to stop a child pouring glue all over the floor wasn’t quite my dream of coaching three year olds to quote Shelley and Shakespeare. But then, after making a spider with the same child, while getting them to say the colours and shapes of all the craft materials, I started to understand the value of this fantastic project.

I hadn’t done litter picking since getting a week’s lunchtime detention in Year 10 for persistent lateness. In Thamesmead, however I’ve realised that it is a great way to both clear up and explore the local area. You can even combine it with other chores like shopping, though I have to warn you I did nearly take a man’s eye out in Morrison’s with my picker. 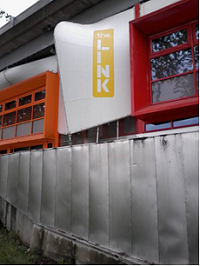 I’ve barely touched upon the immense variety of Thamesmead that includes The Link, a brilliant community centre, the sprawling nature reserve, the horses that pop up everywhere, and the beautiful Southmere Lake. And the bit where A Clockwork Orange was filmed. Getting the chance to be an active participant in such a unique environment is frequently a treat, even when things don’t quite go to plan.”