Tim, a guardian with us in High Wycombe, has always gone above and beyond the 16 hours of volunteering that we ask of everyone that we house. Since October he has jumped into a variety of volunteering opportunities – from heritage preservation to fundraising.

Tim has been involved with RAF Henlow, in particular he has been working towards the Families Day, Flying Display and Youth Engineering event, which is taking place on 2nd July 2016. The aim of the event is to educate and raise money for forces charities, where this year Veterans Aid is the lead charity.

Tim says ‘I am involved in two main aspects of the event. Firstly in organising and formulating the schools engineering competition which has taken up a great deal of time. Secondly I have been contacting many of my colleagues in the air display world to arrange displays as part of the air show.’

He has previously been involved in fundraising evenings, including the FTSE Forces Charity Boxing Night at Banqueting House, and he is hoping to repeat that success in the first half of 2016 and has been finding organisations and aircraft owners willing to donate exciting and valuable prizes to the event.

Another aspect of property guardianship is based around being good neighbours for the people in the local communities. Tim has also taken this in his stride, bonding with a group of teenagers in order to prevent littering – which has led him to be invited for a chat and a slice of pizza! He also bought a team of boys two football goals, as they were using large stones and bricks to create a goal in the road, which was dangerous for cars and other vehicles.  He has become well known among the residents, and has taken the time to get to know them.

Tim has thrown himself into village life, and also volunteers at Duns Tew Village Hall: 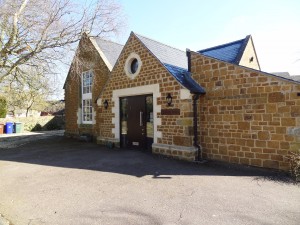 ‘I have organised the next Village Hall Coffee Morning to raise funds for a charity close to my heart, Veterans Aid. The organisation helps ex-service personnel who have fallen on hard times, offering accommodation in their hostels and advice and support in finding full time employment. The coffee mornings have all been organised by different individuals for different causes, selling coffee, tea and cakes. I have had to learn to bake all over again, but it now must be said I make a pretty mean flapjack in a variety of flavours and no broken teeth! Many people from the village have also baked cakes. This should be a fun day!’

Altogether the event raised £185 for Veterans Aid and the village hall also gained £99.

Tim is a fantastic guardian, and he enjoys it too. He says, ‘I must admit this is rather fun. There is more I can do locally and I will endeavour to find more opportunities to make a community impact.’