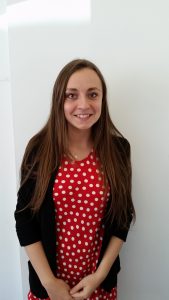 What is your favourite thing about working for Dot Dot Dot?
My favourite thing is definitely when you sign up a new guardian having placed them in a property they are really happy with, and they are excited and enthused about getting into volunteering and being a part of Dot Dot Dot.

What’s the strangest thing you’ve done as part of your job with Dot Dot Dot?
There are a number of surreal moments that arise when working with such a broad range of people in such a broad range of places. One that does spring to mind is when my colleague Tom and I first visited a property in Morden that we were just taking on. I opened a cupboard to find lying inside two super-realistic baby dolls… they were terrifyingly convincing, and even weighed the same as a real baby. Very creepy. Turns out they were from the property’s former use and I’m not sure whether the guardians have left them there – I hope they’re not lying in a bin somewhere!

What volunteering do you do?
I’ve recently starting volunteering as an Independent Custody Visitor. This a member of the public, appointed and trained by local police forces to make unannounced visits to police stations and custody suites. The purpose is to chat with as many of those in detention as want to talk, to ensure that their well-being is maintained, and to check procedures are being followed and the general condition of the custody suites is satisfactory.
I’ve found this so interesting and worthwhile so far. I’m also looking into becoming an Appropriate Adult, which would allow me to accompany juveniles in detention during their police questioning, where a family member or social worker may not be available or appropriate. 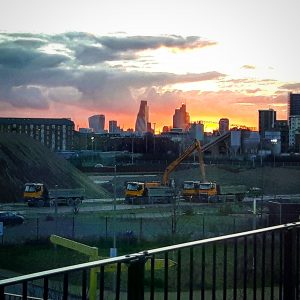 A photo Poppy took from our office

What is your favourite part of London?
I love the canals, the way they cut through an incredibly built up city and are so often such a calm oasis within it, and the way they link across the whole country with a mode of transport which seems so archaic and slightly quaint. I’m going kayaking on the Regent’s Canal soon and although I really like them I am still fairly concerned about falling in…

What interests you about housing generally?
All sorts of things, from town planning to community to development, but particularly interesting for me is the concept of housing as an inalienable right. There is a developing body of law and practice internationally on the right to housing, which is undoubtedly under-recognised, and it is fascinating to watch innovations in this area.