Take your volunteering with you on holiday, by Margriet

Here at Dot Dot Dot, we’re celebrating volunteers week (1-7 June) by thanking all of our guardians in London and the South East, who donate their time to a range of causes.

One guardian in particular, Margriet, even finds time to volunteer on her holiday! From festivals to thrift stores, Margriet shares her experience in her blog… 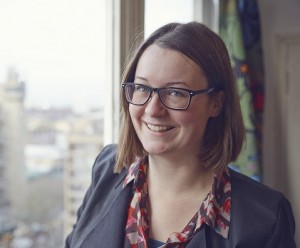 Volunteering and travelling make a wonderful combination. Instead of taking selfies with famous sights and ticking off a Lonely Planet must see list, you could experience your travel destination as a local, have a great time and make a difference.I included volunteering in a few mini trips lately and had some great experiences.

Being a cycling enthusiast, I was over the moon when I was offered the role of volunteer production assistant with Electric Pedals during their bicycle powered cinema at the Yorkshire Festival of Cycling. 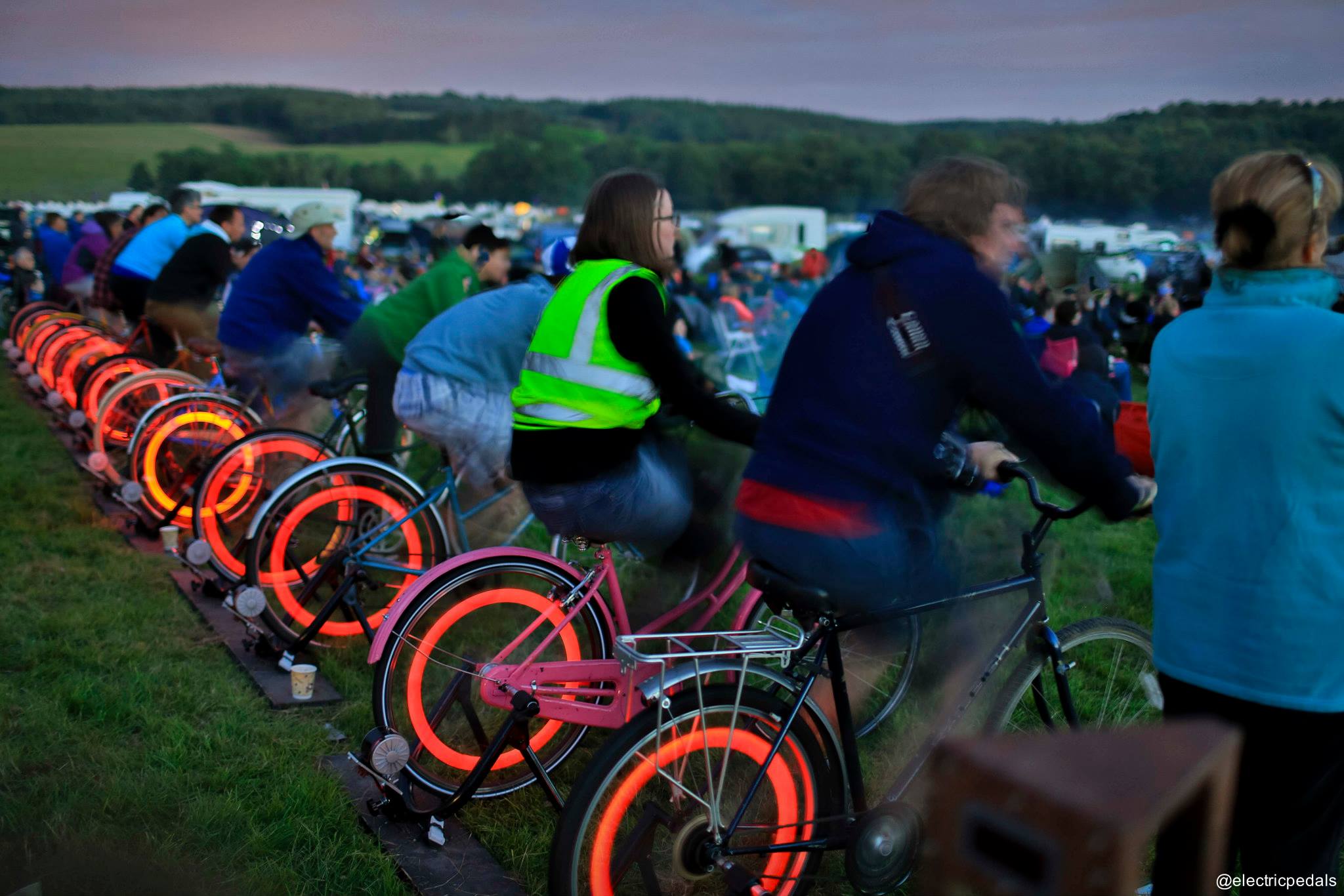 Electric Pedals uses bikes to generate electricity and promotes sustainability, exercise and energy appreciation. They are active at events, schools and a few of their sets can be found in some of the most remote places in the world.

After waking up in a tent in a beautiful location and seeing the official start of the Tour de France, we set up a huge cinema screen in the middle of the campsite. When the sun set the documentary Bicycle was shown, using the power of 25 cyclists! When the film finished we took everything down again in the dark and enjoyed Yorkshire for the rest of the weekend. 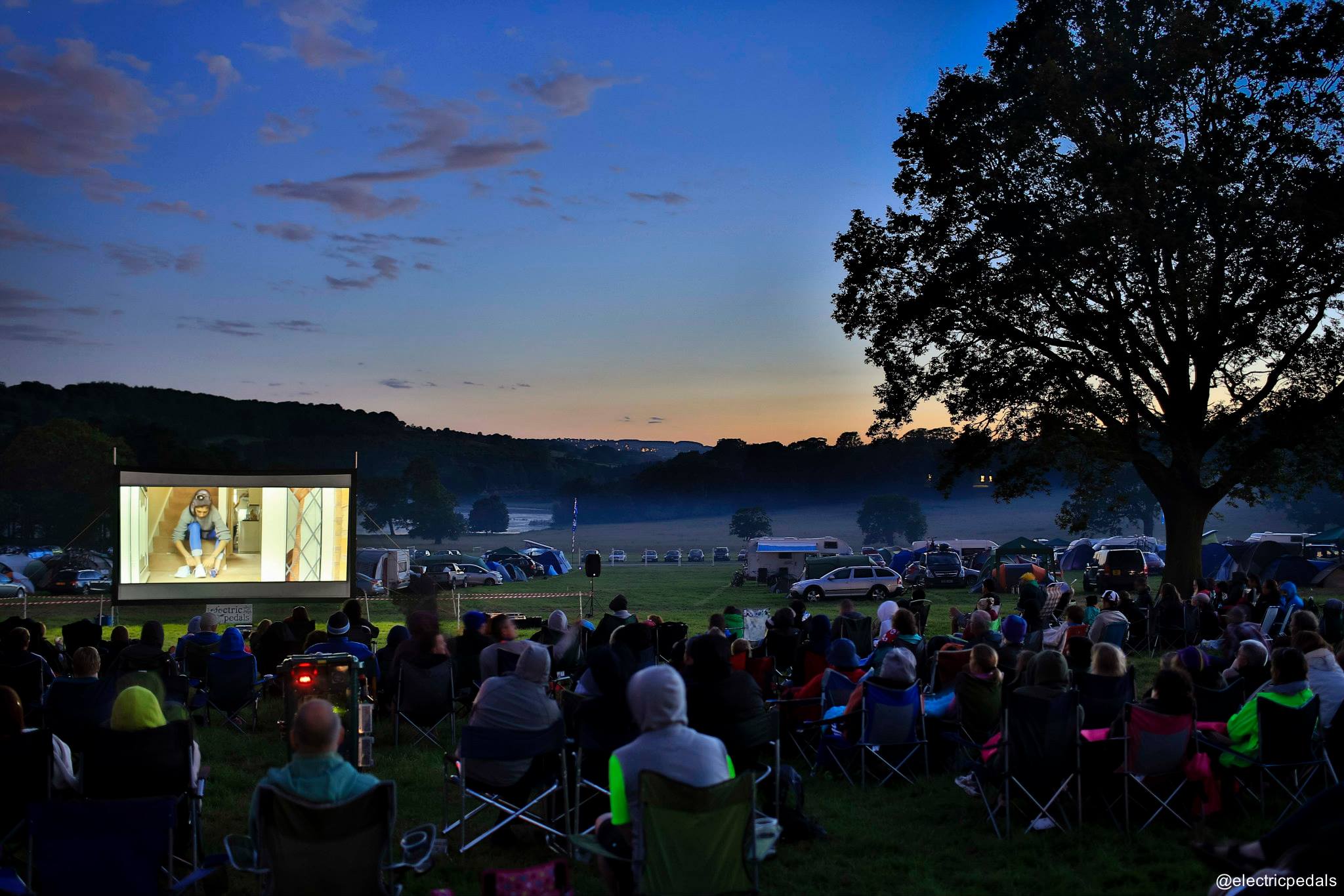 During a family visit in the Netherlands I volunteered at Bibelot, the music venue where I used to volunteer and later had my first real job. The organisation is run by over 100 volunteers and managed by a small professional staff. 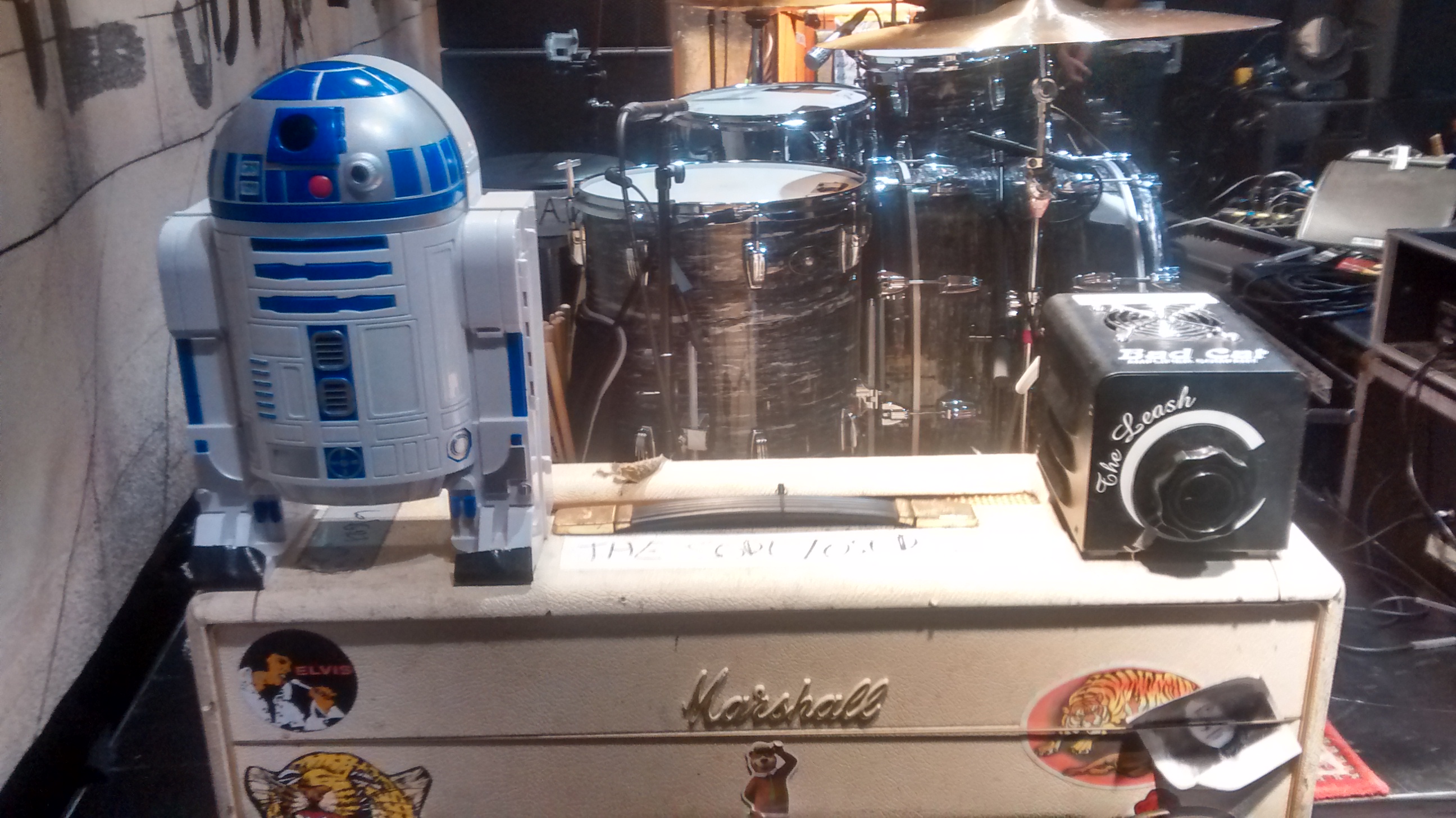 On this Friday afternoon I was a ‘production assistant’ and helped setting up for the show of The Sore Losers that evening. This included checking the dressing rooms, unloading a van and gluing the shoes of the singer of the support act! It was great to go back to my roots, get a look behind the scenes, and experience great team spirit.

There’s only a few things that make me happier than thrifting and finding useful pre-loved items and the occasional gem. The Praha Thrift Store was started by an American couple that couldn’t find any second hand shops in Prague. What makes this shop different than the charity shops we know is that they raise money for a different charity every month and let their visitors decide what charity to support. 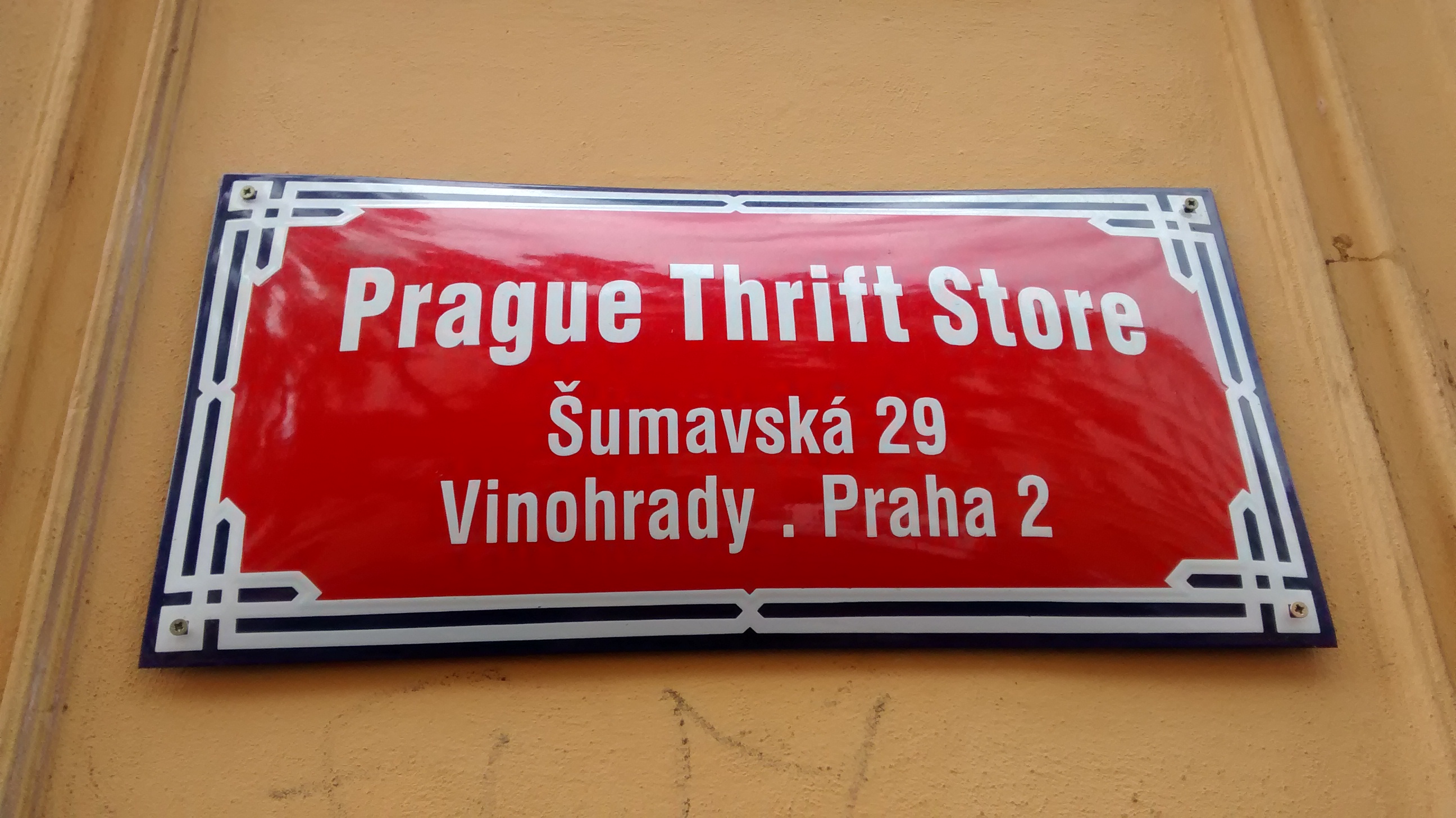 It seemed like I showed up at just the right time that last afternoon of my stay as I could keep an eye on the shop while Angi, a student from Hungary who was on duty that afternoon, was enjoying some lunch. I helped tidying and finding space for new donations. The shop turned out really popular with expats and tourists and it was a great way to spend my last afternoon in Prague.

August in Edinburgh means Fringe! and after exploring the city and seeing some comedy, I decided to walk up to a charity shop to see if I could help out. 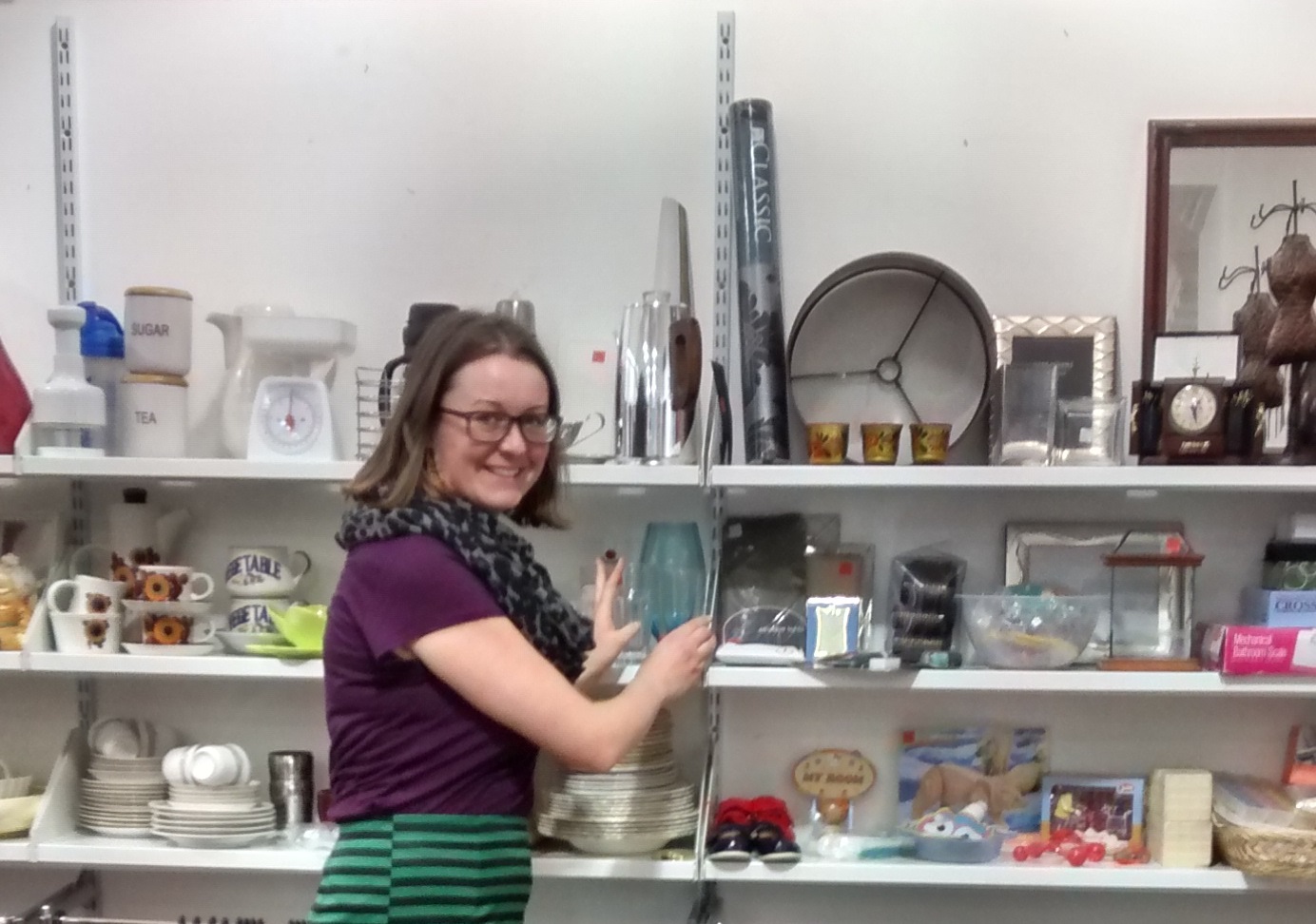 I liked the look of the Salvation Army shop, which was run by just Jennifer on the Monday I was there. She was super friendly and before I knew it I was changing the shop around to prepare for the colder autumn weather.

I created a display at the back of the shop and met some lovely people while Jennifer was sorting out new donations. At the end of the afternoon the shop was ready for the new season and I found myself a few nice pre-loved souvenirs!

Dot Dot Dot Guardians have volunteered a total of over 4000 hours of their time so far in 2015! If you’re a great volunteer looking for affordable housing, find out more about becoming a guardian today.