Teaming up with Cosmopolitan Magazine to deal with the housing crisis

We’re delighted that Dot Dot Dot has teamed up with Cosmopolitan Magazine on their new campaign to deal with the housing crisis. They know that their readers struggle to find decent housing that they can afford close to the jobs they want to do – and we see the same thing every day from the people who join us as guardians. 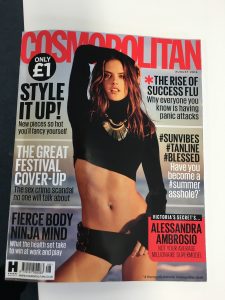 So the #CosmoHomeMade campaign will see Dot Dot Dot housing up to 20 Cosmopolitan readers in a building in Central London, to show just how much difference a safe, affordable, well-managed home can made to people who’re working hard to achieve their goals.

The Cosmopolitan guardians will be volunteering for a specially curated selection of women’s charities, sharing their skills with others who’re struggling too, and at the same time gaining all the benefits that voluntary work brings to volunteers – building skills, connections and understanding.

Cosmopolitan will be furnishing the building and sharing the stories of the people housed in it – as well as profiling some of Dot Dot Dot’s fantastic long-standing guardians, and the difference that inexpensive housing has made for them.

And alongside the project with Dot Dot Dot, Cosmo will be calling for wider reforms to help everyone in the private rented sector – such as encouraging employers to offer loans for rental deposits in the same way as many already provide travel card loans.

The project launches in the August issue of the magazine, which is on shelves now. It includes an editor’s letter from Farrah Storr explaining why Cosmopolitan is working with Dot Dot Dot and why it wants change, as well as a feature highlighting the expensive, grotty and sometimes downright dangerous conditions renters face elsewhere.

As Farrah says, “Everyone needs a sanctuary where they can think, carve their identity, but most of all feel safe.” Housing makes a big difference – for good or bad – to everyone’s lives, which is why we’re glad to be working together to make things better. 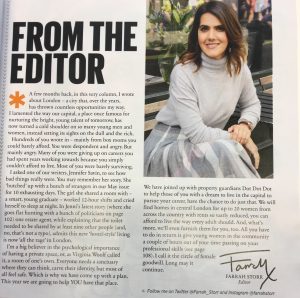