I have always enjoyed volunteering and Dot Dot Dot offered me countless opportunities to give out more of my time to take part in the most diverse projects. 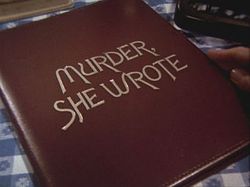 Since I became a guardian I have been helping to preserve artists’ archives at Tate Britain; researching for an architectural charity that preserves historical buildings in East London; writing articles for The New Londoner magazine regarding lives of the migrants in London; helping to keep Poplar’s streets clean with the litter picking team, and last but not least I volunteered for the Angela Lansbury Film Festival at Spotlight.

Being a big fan of ‘Murder, She Wrote’, I was really excited to receive an email from Dot Dot Dot passing on the request for volunteers from Poplar Harca. After a few emails and phone calls I was part of the team and ready with my gorgeous Festival t-shirt for a great weekend. As I mainly worked at Spotlight, I had the chance to visit that great venue and the amazing facilities dedicated to Poplar young people and everybody, from the public to the team, was really impressed with it.

The Festival was a great success, showing films hand-picked by the actress in the brand new cinema and giving everyone the chance to learn more about the life of Angela Lansbury, her family and the part they have played in Poplar’s history. The weekend passed by between popcorn and laughs in a great atmosphere and I really hope that was just the first of many festivals organised by Poplar Film, in any case I have already given my availability to volunteer.