Hear from Dot Dot Dot guardian and team member, Desire, about her volunteering with Futurist Women. She’s been involved with the launch of the social enterprise, aiming to tackle unemployment amongst young women in and around Africa. 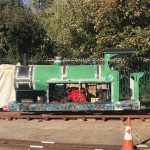 Dot Dot Dot guardians in Abbey Wood totted up a total of 442 hours for Crossness Engines Trust in 2018. The charity was set up in 1987 to restore engines that represent a unique part of Britain’s industrial heritage and Victorian engineering. A large part of the restoration work so far has been carried out entirely by the volunteer workforce. 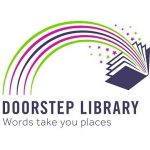 James has been a Dot Dot Dot guardian for just over a year, and so far has dedicated over 260 hours – the equivalent of a full month of work – to help create positive change in communities in London. Find out more about his volunteering with Doorstep Library. 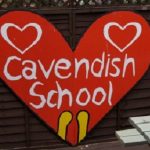 Angela became a Dot Dot Dot guardian in summer 2018, and has since totted up a total of 438 hours volunteering at Cavendish School in south east London. We asked Angela about her highlights and proudest moments of her volunteering experience so far. 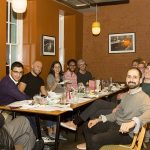 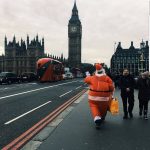 Our High Barnet guardian, Carl, leads a double life as Santa! And he needs your help!

Spotlight on: Diana – Too Much of a Person

Since becoming a Dot Dot Dot guardian, Diana, based in West London, has set up ‘Too Much of a Person’, a project to empower self identifying women and non-binary people and provide a safe space for participants to talk, listen and learn from each other’s experiences.

Spotlight on: Simon – Get Moving with the “I Move London Relay” 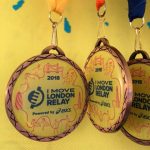 In this week’s blog, Simon talks about his volunteering and a great event that he was involved in!

Spotlight on: Tom – The Big Lunch 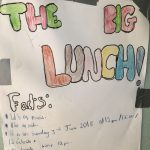 Hear from Tom, one of our Newham guardians, about his experience of organising a community event, and some top tips for organising your own! On 3 June, we held a Big Lunch for our neighbours and other Dot Dot Dot Newham guardians. ‘The Big Lunch’ is an annual ‘get together for neighbours’, set up by… Read More

24 May 2018 | News and features, Spotlight on, Volunteering blogs

Spotlight on: Alison – Remembering Not to Forget

Hear from Alison, one of our guardians living in East London. Alison talks about the volunteering aspect of guardianship with Dot Dot Dot and the charity she has set up. I moved into a Dot Dot Dot property in Bow at the end of January, so I’m still relatively new to property guardianship. When I… Read More